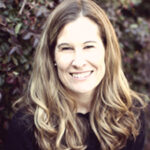 As the old saying goes, “It is difficult to make predictions, especially about the future”. But as investors, predicting comes with the territory. Which is why last December we took a stab at what 2022 might have in store for the IT services space.

So how did we do?

Overall, we’d rate ourselves a B. Which seems like such a lame answer, but looking back we think we nailed 5, got 4 partially right, and completely flunked 1. One can argue what grade that actually is, but consider this:

When we went into 2022, tech stocks, funding levels and employee attrition were at all time highs. We are now ending the year with tech stocks in the toilet, late stage venture funding at historical lows, and mass layoffs in tech. According to Layoffs.fyi, tech companies laid off more than 134,000 people. And the hits just keep coming. So while it wasn’t 2020, it also wasn’t your standard year in tech.

Without further ado, here were our 2022 predictions and how we fared – from our best performing to our worst performing.

1. Talent becomes the biggest barrier to growth for tech companies. We saw employee attrition rates in professional services go from the low teens in 2021 to 30-40% in early 2022. The battle for talent was a regular topic on IT services earnings calls, reinforced by a PwC survey earlier this year said that 1 in 5 workers planned to quit this year. Companies paid up to recruit and retain talent (see below). Unfortunately, the land grab for talent in the first half of the year has transitioned into mass layoffs in the second half.

2. Gross margins take a hit. Wage inflation, rising healthcare and benefits costs, and global supply chain issues had the impact that we unfortunately expected – driving up the cost of goods and driving down margins. When we factor in the European energy crisis, looming stagflation and the increasing cost of capital, it isn’t looking pretty. For companies that grew at all costs without an eye to the bottom line, 2023 is going to be a shake out year.

3. LATAM stays red hot. Latin America continued to see big gains in 2022 from investors, entrepreneurs and global SIs. The Russian invasion of Ukraine, along with a more competitive labor market in India, prompted software and services firms to expand further into LATAM for nearshore and alternative international delivery options. Large firms like Perficient, and most of our portfolio companies, are placing a big emphasis on this region for future growth.

4. Cloud services continue their verticalization. Cloud ISVs from Adobe to AWS and Snowflake to ServiceNow continued their foray into industry verticals in a big way, and looked to their services partners to follow suit. Oracle made a huge healthcare bet in 2022 by acquiring Cerner, while Salesforce pointed to Industry Clouds as one of its 3 primary growth pillars during the company’s most recent analyst event.

5. Managed identity and security services continue their run. Data breaches continued to rise in 2022, as did the cost of those breaches and the cost of cyber insurance to minimize the impact of them. The global Managed Security Services Provider (MSSP) market continued to expand with a CAGR of 14.2% through 2031 (source), and identity and access management (IAM) and Managed Detection and Response (MDR) services were regularly noted as bright spots. A few of the big cloud vendors did announce a data breach in 2022, but the impact was minimal and luckily not the “military-grade” breach we had predicted.

6. Diversity progress slows amidst the fight for talent. This one is hard to judge until we see more data and end of year reporting. However, anecdotally, most services firms seem to be keeping their foot on the gas here. According to a 2022 Spencer Stuart report, the diversity of new board directors in the S&P 500 continued to tick up (albeit very slightly), and more companies are reporting publicly on diversity metrics. We’re seeing all the services firms we work with maintain an emphasis on diversity and inclusion when it comes to recruiting and moving under-represented minorities through the ranks. There is still a lot of work to do here, so we’re happy to be off on this one!

7. Services investments pick up in private and public markets. The year started out strong, but macro headwinds and investor fatigue drove tech investment down as a whole. The bright spot on this one: services investment activity decreased far less than software, so as a percentage of total tech related transactions, it actually increased. According KPMG, IT services M&A remained resilient with YTD volumes up 42% year-over-year. Even Salesforce got in the game, acquiring Traction on Demand in Q1. However, with IPOs stalled, our prediction that there would be “far more” public services firms in the next two years is way off.

8. Services firms embrace the new digital workstyle. Remote and hybrid work remained big in services, but some of the biggest names in business made a big deal about forcing employees back to the office. We thought businesses would get more creative in crafting connected employee experiences for hybrid workers, embracing technologies like the Metaverse. But for all the hype, most Metaverse users don’t even make it a month. Oh, and our prediction that the phone call was making a comeback was just straight up wrong. People just turned off their cameras.

9. Large companies lose talent to freelance markets. Anecdotally, we know a number of entrepreneurs who started their own consultancies in 2022, and the overall listings on freelance sites are up. However, there isn’t any data (that we can find) that points to people choosing the flexibility of freelance work over the stability of an in-house role in 2022, and in 2023 stability may become even more important. However, perhaps some of this newly unemployed talent will end up as freelancers or starting their own small consultancies. Perhaps we were just early in our prediction!

10. A single Bitcoin will be worth $69,832 on Dec 31, 2022. At time of writing, a single Bitcoin is worth about 25% of that. Whoops. When we put this one together we knew trying to come up with the price of something so volatile was a crap shoot, but we also didn’t anticipate the nuclear winter that’s happening in crypto today or the complete collapse of cryptocurrency exchange FTX.

That wraps up our look back at 2022. We’ll be posting our 2023 predictions in early December. If you want to weigh in, take this 5 minute survey. If you can’t wait to see them, sign up for our newsletter here.

Oh, and you can predict we’re going to be a little less bullish on the price of Bitcoin.