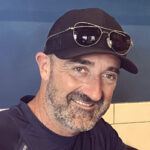 Why Salesforce is acquiring Traction on Demand

Salesforce is not known for flying under the radar when it comes to acquisitions. However, last Friday the $26B cloud juggernaut quietly announced the acquisition of Traction on Demand, the largest dedicated Salesforce consultancy in North America.

For those like us that follow the Salesforce ecosystem closely, the news probably wasn’t much of a surprise. Traction and Salesforce have had a close relationship for years, and Salesforce recently invested in the company. Traction was often tapped by Salesforce as an early partner for platform investments and initiatives, and was seen as Salesforce’s go-to partner in the mid-market. With over 1200 employees, Traction was also one of the few remaining Salesforce pure play consultancies at scale.

Which begs the question, what does this mean to Salesforce’s partners? Is Salesforce getting into the services game?

Salesforce has long understood the value of professional services to customer success. It’s why the company has invested millions over the years to build out a thriving partner ecosystem – an ecosystem which IDC estimates created $308B in new business revenue last year. It’s also why they have invested in an in-house professional services team. Successful enterprise software companies need both.

One only has to look at the ratio of services to product revenue in Salesforce’s business to see that Salesforce is still very much a product company. The percentage of Salesforce’s revenue coming from professional services in 2012 was 6%. That ratio has not changed substantially over the last 10 year — it’s just the top line that’s going up.

When you are a $24 billion company growing 24% year over year, you need to add a LOT of people just to keep that proportion of services the same.

When you are a $24 billion company growing 24% year over year, you need to add a LOT of people just to keep that proportion of services the same. Hiring thousands of skilled consultants isn’t easy, especially in today’s Salesforce talent ecosystem, and acquiring firms that have done the hard work to hire, train and develop great talent makes a lot of sense. Which is why in the last year alone more than 30 Salesforce consultancies have been acquired.

This is why the Salesforce ecosystem is an investment area for us, and why we seek out specialized high growth consultancies like Zennify. We believe Salesforce still has a ton of market potential. Even if growth slows a bit, this is still a massive market.

Why did Salesforce select Traction on Demand?

After spending two years advising Traction and another two years on the board post its funding by Guidepost, I boil Salesforce’s decision down to 7 primary things:

1. Scale. There are 1800+ consultancies in the Salesforce ecosystem, however, very few reach a scale that is appealing to a company the size of Salesforce (or even another large services firm). Acquisitions are costly and they require a lot of dedicated focus and investment to succeed – especially services firms where people are the product – which is why there is a sweet spot for most acquisitions. It’s interesting to note that Acumen, Salesforce’s last services acquisition, was approximately the same size. It’s far more efficient to acquire one 1000 person firm than ten 100 person firms.

2. Focus. Traction was all in on Salesforce, which meant they had fewer distractions and could harness all their resources into this one area rather than spreading themselves across multiple areas. Focus = a bigger impact, faster. Traction wasn’t focused on any one specific industry or platform, but it was focused on a particular market segment: the commercial mid-market. And while Traction, like many third-wave cloud consulting firms, developed some material and differentiating IP, it ran, organized, funded, marketed, and accounted for it independently. It never diluted Traction’s focus on services. All of this made it an easier, cleaner acquisition for Salesforce, something that any acquiring company is looking for in a potential asset.

3. Region: Traction has a global footprint, but its center of gravity in Canada and India was likely a big selling point. The company was founded in Canada and has always had a strong recruiting focus across the country, and had grown its Jaipur delivery center in India to north of 250 people over the last few years. Both these regions have a lower cost but highly skilled talent pool, providing significant labor arbitrage for Salesforce.

4. Culture: CEO Greg Malpass, President Mike Epner and the entire Traction team had built a truly culture-forward organization. You could tell a Tractionite at Dreamforce from a mile away. They were the ones wearing the Canadian-approved jean jackets and having a blast in the booth! Traction, like Salesforce, was also very philanthropic, focused squarely on stakeholder capitalism. Its Traction for Good initiative gave millions of services grants to non-profits, and included a workforce development program for immigrants and indigenous people. However, the most impressive to me was how Traction was able to scale that culture, which I believe was due in large part to its “squad” teaming model where each squad was empowered and had its own identity. That made the company feel small even while it got larger.

5. Channel: Traction never took their eye off who its biggest customer was – Salesforce. That close connection kept them visible with Salesforce execs and AEs even as both companies grew and expanded globally. Salesforce EVP John Durocher, who joined Traction’s board as an observer after Salesforce’s investment, was also essential in helping the company scale. His ability to provide strategic advice from Salesforce’s perspective was a game changer. For example, during the pandemic he helped steer and coach Traction in the right direction – to lean in like he knew Salesforce was doing when many firms struggled or pulled back. This is why founders who are tightly aligned to a specific partner should seek a senior leader from that partner to be a board member or strategic advisor.

6. Talent: Traction had built an incredibly talented team over the years (perhaps I’m biased because hundreds of Tractionites were former Appirians). However, it was the company’s proven model for building vs. stealing existing talent that was perhaps most appealing – a focus area that also set the company up well to compete when the labor market got tight. There is simply not enough talent in the Salesforce ecosystem and Salesforce knows it. It wants partners who can build, not just buy talent.

7. Marketing: Traction had built a brand that was well known, and well respected in the space (a huge shout out to Traction’s CMO Chris Peacock). Every person in the company knew what Traction was, what it wasn’t and what it stood for, which helped across everything from sales and recruiting to employee engagement. Its investment in brand and marketing was a big factor in the company’s growth. We look at a lot of firms and their positioning and marketing is often a weak spot, but Traction understood the power of a good story.

I wouldn’t be surprised if Salesforce looked at more services investments in the future as it tries to reach that goal of $50 billion in revenue over the next few years. The question is who? There aren’t a ton of Salesforce partners left at scale, and one fewer now. Who are the next set of cloud consulting leaders that will step in to fill that void?